Other potential uses for polybalm

Polybalm has now been available to buy for over a year. Although to evidence for protection from chemotherapy induced nail damage is overwhelming people have been using it anecdotally for a number of other nail conditions ranging from psoriasis, split, weak or shellac damaged nails: 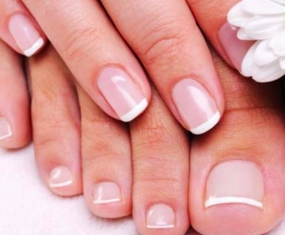 A number of nail salons are now using polybalm and are reporting interesting feedback from clients. Generally nails look and feel stronger and the cuticles look healthier. Most report that the can be shaped better and do not flake or split at the ends. This is what Melanie from Mill Hill London said:

“Since using polybalm, my nails look and feel wonderful – I stopped for 3 months and totally regret it as they went back to their usual flakey form. Now I have restarted they feel great again albeit with a 3 month delay”

In the original polybalm study, the Nail Psoriasis Severity Index (NPSI) was used to evaluate the level of nail damage. This was chosen because the underlying causes of psoriasis induced nail damage is thought to  be similar to chemotherapy induced damage – certainly the appearances are similar.

The Hospital team are now planning a full double blind RCT evaluating the benefits of polybalm against placebo – hopefully the results will be available in 2021. In the mean time, if not in the study, a 2-3 month therapeutic trial is certainly worth considering if you have psoriaritic nail damage

The causes of a longitudinal split in the nail are not completely understood. Trauma, infection or both are likely candidates. It can last many many years and cause cosmetic and physical discomfort. The man in the picture had been to three different dermatologists and was told nothing could be done. he started using daily polybalm and was pleasantly surprised to see it completely heal buy 4 months. We would love to hear from other people who have tried it for the same condition 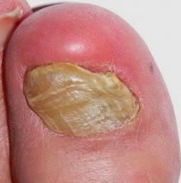 Some of the extracted botanical oils within polybalm have antimicrobial and anti fungal properties. It is not a surprised, then, that we are getting anecdotal reports of a benefit for long term fungal infections. Again we would be delighted to hear from anyone who has reported a benefit. If it looks like it helps a reasonable number of people a full trial will be recommended. In the mean time, if other measures have failed, as is often the case, polybalm is certainly worth a trial. Remember however, you would not expect to see results, if any, for at least 3 months